Aside from social networking sites or SNS, many people are getting hyped into mobile games too. In fact, Mobile Legends, Dragon Nest, PUBG, and Rules of Survival are one of the most popular android games these days. 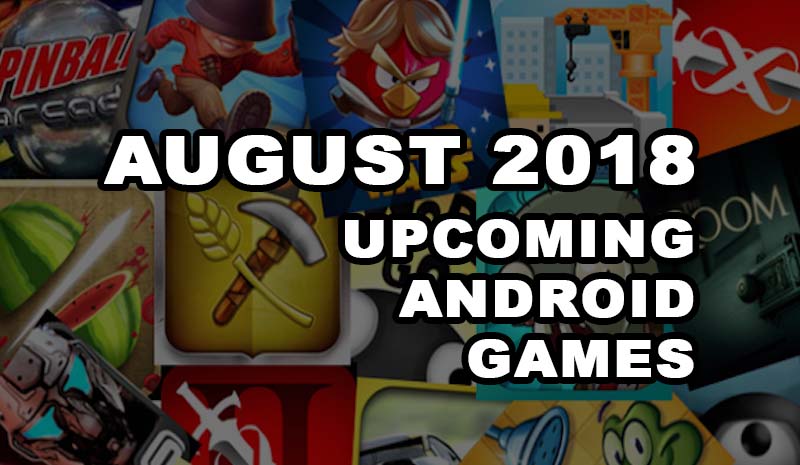 If you are a gamer, then, you’re probably wondering what are the August 2018 Upcoming Android games? Well, here is the list of Android games you should never miss.


Looking for the best android games free? Then, Frag Pro Shooter is what you have been looking for. This is a free-to-play multiplayer game which is exclusively available for the Android platform. This video game was developed by Oh Bibi, a small French studio. This game features Real-Time Team Duels and a lot more. So, If you are looking for action and strategy game, then, Frag Pro Shooter will be perfect for you.


Want some piece of the first person role-playing game? Then, join the pre-registration now for The Elder Scrolls: Blades Revealed game. This android game is still under development and will be launched by fall 2018. The game will be exclusive for the iPhone, iPad, and Android devices. This game features adventure, quest, and more. It is developed by Bethesda Game Studios.


C&C Rivals is a brand new RTS or Real-Time Strategy game by EA. It focuses on a single battlefield where two opponents send their armies against each other. This game still under development with an on-going pre-registration on Play Store.


Emerge yourself into action with this war game offered by TinyBytes. Control powerful tanks, helicopters, and sea vessels and prove your might. Massive Warfare Rush game features multiplayer and real-time battles. Experience battling with realistic destructive machines. Do not miss the chance to be part of this massive synchronous battles in the land, air, and even water.

These are just some of the August 2018 upcoming Android games. There are still a bunch more games to be released. All you have to do is wait until they’re officially released. Though waiting for a game to be officially released may take some time. But remember, waiting is what makes it more exciting, especially for gamers.

In fact, mobile games are getting hot these days and there are a lot of android games apk online. Android games are popular because of the entertainment it brings to everyone.

To be exact, they connect people, enhance our mind, improve our coordination, improve our problem-solving skills, enhance our memory and brain speed. Moreover, it also contributes to improving our attention and concentration. However, too much playing video games also have some disadvantages that’s why playing video games in moderation should be done.