Are you ready for the release date of PlayStation 5? 2017 is the year of the console “wars”. Lots of gaming consoles were released in this year, including Nintendo Switch, Xbox One X, etc. These things can effortlessly run high-quality games like a mid-range gaming PC, which made them a huge hit around the world. 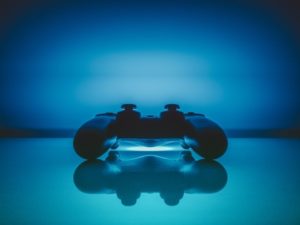 So, is there anything that can match or even exceed them? Well, there is, but it is not confirmed and released yet. If you’re wondering what is it, it is the PlayStation 5 – a powerful console that can surpass the upcoming Xbox One X!

The release date hasn’t been clearly announced yet, but Michael Patcher, a Wedbush Securities analyst, has said that it’ll be out in 2019 and the PlayStation 5 will be backward compatible with PS4 games. Lucky for those who bought the PS4 before the rumored release date. Well, we can’t help it, PlayStation 4 is a decent console, but the PlayStation 5 is certainly on a different level!

Moreover, being rumored to be released in 2019, people will have its time to save some cash – so heavy gamers, it is time to save up! You don’t want to miss this one, do you? If you’re wondering about the specs, it is enough to beat the upcoming consoles this year. Sounds good to be true? Not anymore, it is possible!

Unbelievably, it is said that the PS5 will run at 4K. It is also rumored that it can run at 240 FPS, making it a lot powerful than the current generation consoles we have this day. 60FPS is amazing enough, but running 4K at 240FPS – will bring gaming to the next level.

Though the PS5 is highly anticipated, the official specs and the release date isn’t out, yet. These are just rumors, but we’ll never know! So, what do you think about the PlayStation 5? Better save up as soon as possible to prepare for the best.