The Android operating system never failed to release new applications every year for entertainment. Well, the entertainment applications are composed of different fields, most of it are social media, random application and most people are addicted to mobile games. 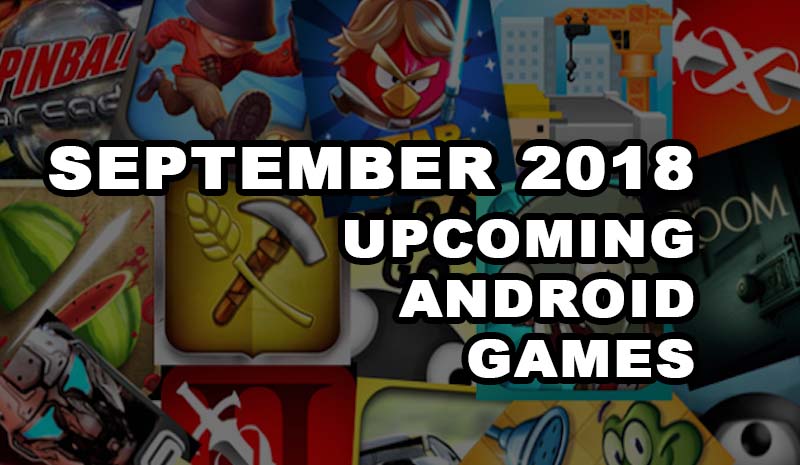 Moreover, The example of Android games is the PlayerUnknown’s Battleground, Rules of Survival, Minecraft, Clash of Clans and Pokemon Go.

These Android games are the most common mobile games and the most favorite games of all time. Moreover, do not be satisfied first because the best android games free are yet to come! so get ready yourself this time because here are some September 2018 upcoming Android games for your latest android phones that would offer you a great enjoyment and thrills. The only game with perfect quality that would capture your soul.

Don’t miss out these coolest upcoming play store game! Otherwise, we also included Android Games that you don’t want to miss for the year 2018, so check it out!


Nowhere Prophet is a two-dimensional game that was inspired by card games on which the player needs to lead a group who are wanderers and the goal of this game is to search for mythical Crypt. Otherwise, it is not only that! The thrill of this game is the travelers or the players are in a ruined world and needs to accomplish the different conflicts to be able to get the Crypt.

Unfortunately, there is no specific release day of this certain game, but it would be surely released in September 2018.

Skylanders: Ring of Heroes (AND)


The Skylanders: Ring of Heroes is a role-playing video game that was developed by Com2us of Summoners War frame. Additionally, this game comes from Skylanders series that needs to fight the enemies to have peace in the world.

Likewise, the game will begin the Portal Master has been showed up to the players to transfer to Skylanders and needs to fight with their enemy, Kaos that keeps on ruining all the islands and to compete with his opponents using his mighty power.

The twist of this game is the Skylanders is necessary to overcome the power of Kaos to protect the world. Furthermore, Skylanders game can be a single player or multiplayer and required to use an Internet connection for the whole game.

Hence, here are the only confirmed Android Games that would be released in the month of September. Moreover, here are free android games full version that will release on the same year.

There is no doubt when one of these android games will be in the next top chart in the play store someday, perhaps, the Android games 2018 will be soon relevant in today’s world.

Maybe, it is the same as Android games 2017 that will never get old and will never be out-of-style… So, be ready for the coolest September 2018 upcoming Android games and for some latest games in the year of  2018 that will come in your way!